The CS:GO StarSeries & i-League is one of the last important Counter Strike Global Offensive tournaments of the year. The event has started over the weekend and will conclude on October 14, when the winner will be announced. This tournament has a guaranteed prize pool of $300,000 and all 16 participating teams walk away with a prize. 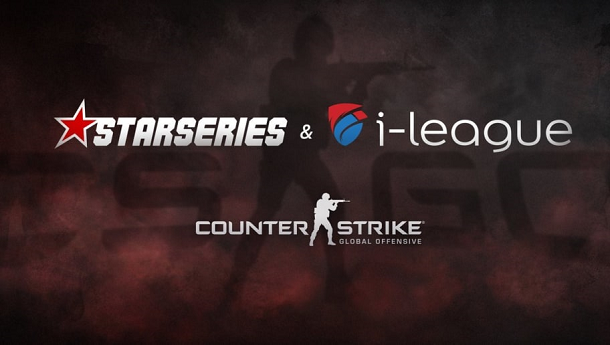 The group stage lasted five days, between October 7 and October 11, with all matches being best of one. Two teams were eliminated after three games and six more have joined them at the end of Rounds 4 and 5. The bottom two teams got $2500 and the next three received a prize of $4000, while the teams eliminated in the 9th-11th places got $6000. Those who won’t survive the first round of the playoffs will receive consolation prizes of $10,000.

Place your CS:GO bets with Pinnacle:

During the playoffs, matches are played a single elimination bracket and winners will be decided at the end of a best-of-three series. The winners of the CS:GO StarSeries & i-League will get the lion’s share worth $125,000, while the runners up will have to settle for $50,000. There won’t be any decisive match between the teams eliminated in the semifinals, so no distinction will be made between them. Both will receive $25,000 and a place on the last step of the podium.

8 teams have qualified for the quarterfinals, but only two of them are yet to lose a match at the CS:GO StarSeries & i-League. NRG have won all the matches played so far, but they were pit against the most difficult opponent possible. They play against North, who lost in the second round, but rebounded quickly and secured a place in the playoffs. The teams are evenly matched and the series looks like a coin flip.

Renegades have been nearly as impressive, miraculously rebounding after the first round to set the stage for an epic confrontation with Optic Gaming. All their victories were narrow margin ones, which explains why they are only credited with the first chance in the quarterfinals. Their opponents have alternated humiliating defeats with victories in which they steamrolled past opponents.

Vega Squadron and BIG Emerge from the Low Matches

Vega Squadron found themselves on the verge of elimination twice, but somehow managed to reach the quarterfinals. They play against Fragsters who also started the tournament slowly, but found their footing in the last preliminary rounds. Vega have a slight edge and advantage in the head to head matches, but this is one of the quarterfinals that could easily go either way.
Finally, BIG will try to extend their winning streak, after a catastrophic start at the CS:GO StarSeries & i-League. They were obliterated by Optic in the second round, after suffering a narrow margin defeat in the opening stage. BIG hope for a better result against ENCE, even though their opponents are one of the two teams with three victories in just as many matches.