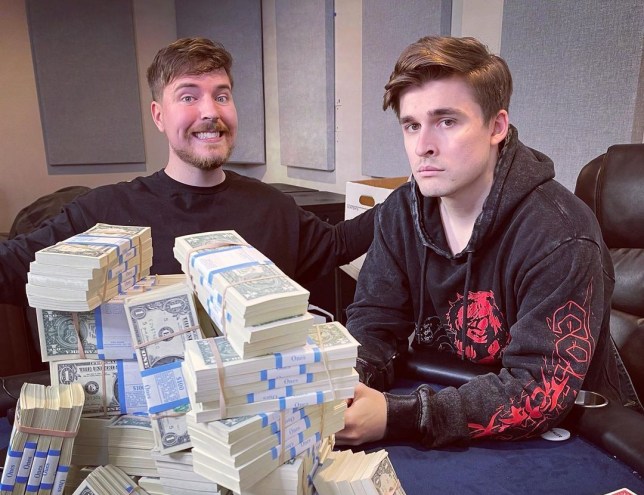 Popular streamer Ludwig Ahgren has challenged fellow YouTube Gaming streamer Dr Disrespect to a one-on-one battle for a bet of $1 million to find out “who’s the better gamer”. Both are former prominent Twitch streamers who migrated to YouTube Gaming.

In his recent streams, Dr Disrespect has been jokingly mocking Ludwig for his height, calling him a “five-foot-two gaming nerd” and questioning his gaming skills. The self-proclaimed Doctor also purposefully pronounced Ludwig’s name wrong and rubbed salt into Ludwig’s wound as he lost in some award for which he was nominated.

“How do you say his name?” the Doc asked in one of his streams. “Lud-widge? He thought he was going to win streamer of the year. His name? Luggage… luggage? I don’t know, Jesus.”

Ludwig then responded by challenging Dr Disrespect to a 1v1 battle in a game yet to be decided. Some fans have suggested, however, that it would be Call Of Duty: Warzone 1v1 as the game is one of Dr Disrespect’s main titles and is about to release a new map.

Battling on the fresh ground means no one will have too much of an advantage although Ludwig did not seem to be very fond of the idea. Dr Disrespect, so far, has not responded to the proposal.

“Dr Disrespect,” Ludwig wrote his challenge on Twitter. “Let’s find out who’s the better gamer this week. 1v1. Luggage vs the Doc. Let’s say… $1 million on the line.”

Realizing that he might have messed up, in a more recent stream Ludwig said that he was joking about betting for exactly $1 million. He said that he placed $1 million on the bet in the manner that Dr Disrespect often exaggerated his viewer numbers into the tens of millions, just like “when Doc says there’s like 30 million in his arena but really there’s only 30k watching”.

“It’s a Dr Disrespect $1 million,” added Ludwig during one of his streams. “Saying $1 million to the Doc means like $1K instead, by his metrics. And he won’t even reply. Everybody relax!”

Ludwig backed up after a fan in the chat section previously reminded that Call Of Duty: Warzone would soon release a new map for the first time since 2020, and again, despite the fact that fresh ground means an ideal stage for a perfect Caldera duel, Ludwig appeared to believe he would have himself embarrassed.

“No shot, this week a new Warzone map drops?” he read from his chat. “Oh, sh*t, can I delete? For the love of god… I don’t want to embarrass myself.”

One of the last times Dr Disrespect was challenged to a 1v1 battle with money on the line was when iFerg challenged him to a Call of Duty: Mobile with $100,000 on the bet.

Dr Disrespect responded by, wait for it, disrespecting mobile games, saying that it was not a real thing. He apologized later during a stream with one of India’s most prominent PUBG Mobile players, Tanmay “Sc0ut” Singh.