The ESL CS:GO Major is the highlight of late 2020 for Counter-Strike: Global Offensive fans. The tournament is scheduled for November, but the teams can already qualify for the competition. To book a seat at the table, teams from North America and the CIS region need to make a deep run in the IEM New York 2020: Online. The name speaks for itself and the qualifiers will take place over the Internet, with the winners to join Team Liquid, Evil Geniuses, Natus Vincere, 100 Thieves and other top teams.

The tournament has a guaranteed prize pool of $250,000, with $140,000 going to teams from Europe. Eight of them will share a slice of this massive amount, while the remaining $110,000 will be split among North American and CIS countries. Each region will have 12 teams so competition will be intense, but the reward is definitely worth the effort. The ESL CS:GO Major marks the 80th Intel Extreme Masters tournament, a remarkable achievement for a series that began back in 2006. 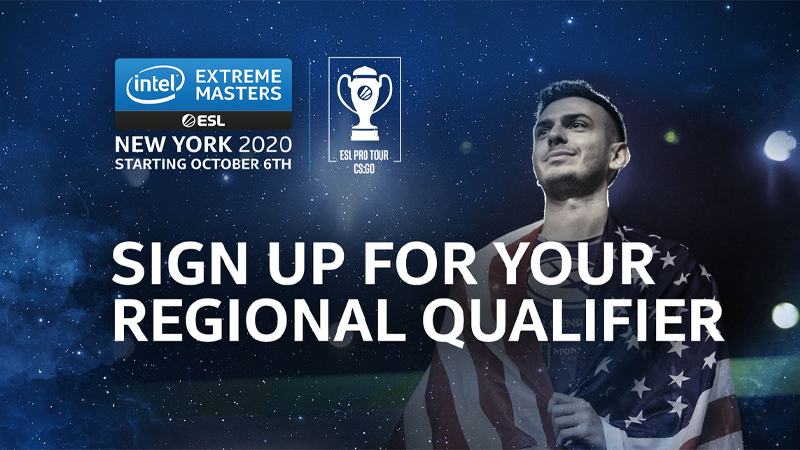 While European teams patiently wait for the competition to start, their peers from North America and the CIS region are actively involved in the qualifiers. They need to collect the necessary RMR status points, an acronym that stands for Regional Major Rankings. As mentioned above, each of these regions will have 12 representatives, but at the time of writing only the names of seven teams are known. This means that those who go through qualifiers will be chasing one of the 5 remaining spots for November’s Major.

The RMR race will come to an end with IEM New York Online, so this is an essential milestone en route to the ESL’s CS:GO Major tournament. The company founded in 2000 is the largest esports business in the world and the top promoter of professional Counter-Strike: Global Offensive. In addition to promoting pro-players, the company runs amateur leagues that pave the way to the next generation of pro-gamers. Last year Astralis failed to confirm its favorite status and win the tournament, as they were defeated by Evil Geniuses. The matches were played in a best-of-three format throughout the group stage and the playoffs, but the Final used a Bo5 system. The eventual winners started as underdogs, in spite of their strong performance throughout the tournament and were able to beat the odds. Bookmakers rank them high among the favorites, with Astralis being once again favored, ahead of Team Liquid and G2 Esports.