The new 2020 season of the NBA 2K League is just around the corner, so we’ve decided to take some time and lay out all the latest insight for you.

NBA 2K, produced by Sega Sports, is the most recognized basketball video game in the world.

However, the most interesting thing for us is that this game has quite an emblematic professional landscape in sports.

Now belonging to the firm 2K SPORTS, NBA 2K is a game that opens and develops an annual publication, followed by an international tournament known as the NBA 2K League season.

About the NBA 2K League

This NBA2K League is a joint venture between the National Basketball Association and Take-Two Interactive. The initiative to turn the game into an esports began in 2017, ushering the way for the first tournament in 2018 with 30 professional teams participating and the victory in the hands of Knicks Gaming.

This year the season will start on May 5th. Additional precautions have been taken due to current international events. For this reason, the games will be played remotely.

Nevertheless, some things never change. As always, every single match of all the 23 teams will be streamed on the NBA2K League’s YouTube and Twitch channels.

The games will be held at 19:00 ET, every Tuesday, Wednesday, Thursday, and Friday, with a total of 4 games per day each night.

The League will include the following three tournaments:

In which the teams participate for a banner that later will become the tickets for the final tournament. Being that the top teams in The tipoff and The Turn will occupy the first nine places in the final tournament, the remaining teams will have to compete in The Ticket to get into the tenth position and start the round-robin phase. 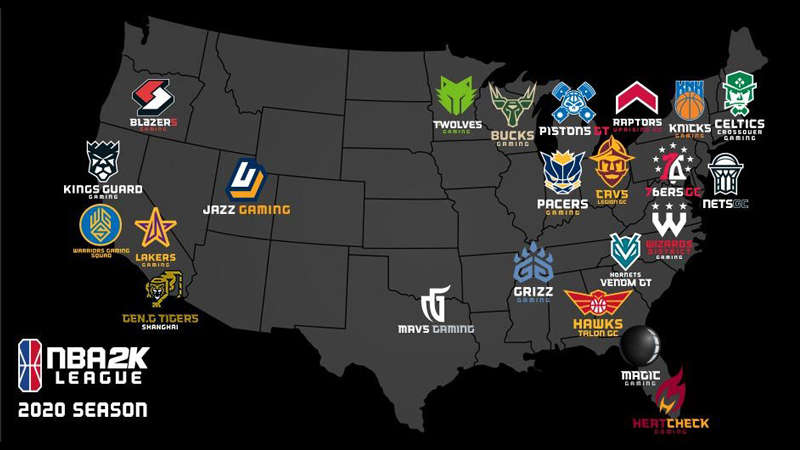 As coronavirus cases increase in numbers in the US, all sports and esports events have been canceled and the calling for a national quarantine has taken most players off their seats.

The decision to take the league to a 100% digital format was quite difficult to make, however, Brendan Donohue, Managing Director for the NBA 2K League, said that he was quite excited about being able to hold the event.

He also spoke on behalf of the players, commenting that “Our players have been quarantining with their teammates as they prepare for the season and will now have the opportunity to compete against one another and show they are the best players in the world”.

While there is a huge audience who simply enjoys watching the games, the NBA 2K League has also turned out to be a favorite amongst the esports punters. Thus, we’ve decided to give you a small heads up and some top esports betting tips in case you want to make your first NBA 2K League bets.

Differently from more popular esport tournaments, there aren’t many platforms that allow NBA 2K League betting, but these are the ones that we recommend:

Esports Players’ favorite. Unikrn is by far the best betting platform for esports at the moment as it offers a wide range of titles, leagues, and betting options.

BUFF.bet is here because we trust them, while their odds are not as competitive as Unikrn or GG.bet, you will still get a lot of fun here. Besides, it is extremely friendly for new users and goes hand in hand with healthy gaming policies.

GG.Bet isn’t the players’ favorite, mainly because it doesn’t cover every event and has somewhat limited betting options when it comes to NBA2K betting –At least when compared with the guys above. Still, their platform is 100% safe and their generous welcome bonus stands out from the others.

Where to watch the NBA 2K League live?

Whilst all the above live betting esports platforms offer their own streaming of the NBA 2K League for betting purposes, you can follow all the live-action on the League’s official Youtube and Twitch channels.

As we mentioned before, the games will take place at 19:00 ET starting on May 5th, from Tuesday till Friday. This way, you can watch the regular matches for 3 weeks, until the NBA 2K League Season Tipoff results are revealed.