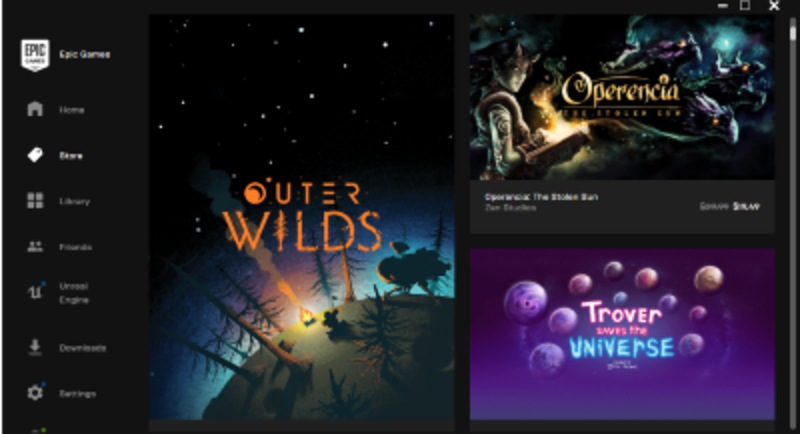 Riot titles such as Valorant, League of Legends, Teamfight Tactics, and Legends of Runeterra are coming to the Epic Games Store as part of a month-long promotion of League of Legends’ upcoming Netflix animated series Arcane.

Since its first release in 2009, League of Legends can only be played via Riot’s own launcher. Besides mobile users, Riot has maintained and kept the rest of its games restricted and exclusive to the same launcher as well. However, now that is no longer the case.

Installing any of these games will require new players to sign up for a new account while existing players can sign in with their existing accounts.

Steve Allison, Vice President and General Manager of the Epic Games Store, shared his thoughts on the news. “Riot Games is one of the world’s best developers and creators of groundbreaking entertainment franchises. We’re excited they’ve chosen to partner with us to bring their titles to millions of new players through the Epic Games Store.”

League of Legends franchise seems only to keep growing and attract new players along the way. Riot Games shared a staggering number of its players on Twitter.

Riot Games also have collaborated with other popular games franchises such as PUBG Mobile and Fortnite to expand their markets.

“Runeterra is one of the most beloved universes in gaming, and to be able to bring that magic to PUBG Mobile while also supporting the release of Arcane is an amazing opportunity,” said the head of PUBG mobile publishing Vincent Wang.

PUBG Mobile will integrate Arcane’s characters, items, and locations in Version 1.7, which is set to be released on November 16.

As for Fortnite players, they can use Jinx’s skin, back bling, and harvesting tool starting on November 4.

“Fortnite has executed high profile collaborations and entertainment experiences while remaining committed to bringing players content that enriches their experience both in and out of game, a dedication we share and admire,” said Brandon Miao, Riot Games cross-product experiences and partnerships lead.

“We hope fans will enjoy seeing Jinx, one of our most iconic League of Legends champions, in Fortnite to celebrate the launch of Arcane.”

Riot is also holding RiotX Arcane, a month-long series of in-person and digital cross-media events. This will be in celebration of the series before its official Netflix premiere.

The celebration starts with the League of Legends World Championship, accompanied by a performance from Imagine Dragons. There will also be an appearance from Bea Miller, JID, and Denzel Curry. The concert’s backdrop will take fans on a tour of the Dual Cities of Piltover and Zaun, where the series will take place.

Arcane will be available to stream on November 6 at 10 p.m. ET on Netflix, and Twitch streamers will be able to co-stream the show and watch it together with their viewers.